The mythology of Lord Ram— has played a significant role in the cultural zeitgeist of the Indian subcontinent. Generations after generations have celebrated the deity multiple times through— local Ramayana street plays, oral recitations and on-screen portrayal, making the ideals and scruples upheld by Lord Ram— inextricable parts of our daily lives.

Such is the magnitude of this legend that — only recently the lockdown induced-retelevising of Ramayan drew the most amount of eyeballs —  ever witnessed in the history of television.

Through books, radio, television, films, and animation— the message of righteousness, triumph of good over evil, commitment and love, Ramayana continues to — enrapture audiences of all ages to this day.

Despite substantial balladeering of the lord, the mention of Lord Ram has not been without controversy. Right from Jai Shree Ram slogans to passionate exhortations for the establishment of Ram Rajya, the hint of hard-line fundamentalism has often set the staunch devotees at odds with the exponents of liberal secularism.

Putting an end to the century-old dispute, the Supreme Court on 9 November 2019 paved the way for the construction of a Ram Temple by a Trust at Ayodhya (Birth-place of Lord Ram). Communicating its verdict, a five-judge Constitution bench headed by Chief Justice Ranjan Gogoi had said – “The faith of the Hindus that Lord Rama was born at the demolished structure is undisputed.”

Let’s look at some of the best portrayals of Lord Ram across VFX and Animation that won our hearts over the years :-

Ramayana: The Legend of Prince Rama Produced by Yugo Sako and directed by Sako, Ram Mohan and Koichi Saski, Ramayana: The Legend of Prince Rama will always be a cherished classic animation. Originally aimed to cater to the younger audience, the elaborate themes, smart screenplay and witty animation piqued the attention of adults too, making it a hit on channels like POGO or Cartoon Network, where it was broadcasted. Right from the legendary Lord Rama’s battle scenes to the use of magical weapons to the superhuman creatures down to the apt landscapes, the animated adaptation did full justice  to Valmiki’s original tale. Ramanand Sagar’s Ramayan which left Indian television viewers nostalgic with its rerun amid lockdown went on for three years and was a massive success back in 1986. The show reportedly drew the collective focus of the Indian audience towards mythological shows, kickstarting a trend that refuses to budge to this day.  Special Effects Generator (SEG 2000) was used to shoot the iconic scenes including the war sequences with flying arrows and thundering clouds. If the shoot was to happen in the morning, the creation of fog was shown via the smoke from incense sticks. During the night time, if there was a scene where clouds had to be shown, it used to be done with cotton. To depict Brahmand (Intergalactic space) behind Lord Shiva, a background screen was used which showed the photos of planets via a slide projector. 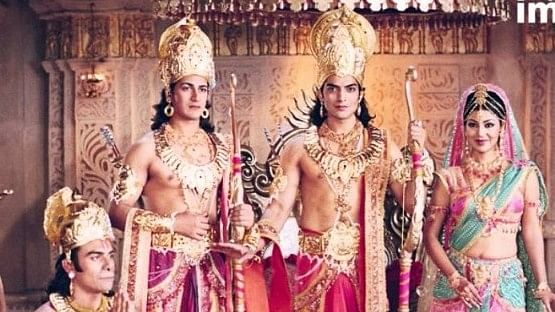 Having worked on the script for about six months with this team, Anand Sagar, son of Ramanand Sagar remade Ramayan in 2008, two decades after the first epic enthralled a nation new to television. The series was shot at Sagar Film City in Baroda (now Vadodara). Omang Kumar designed the sets and Nisha Sagar designed the costumes. This 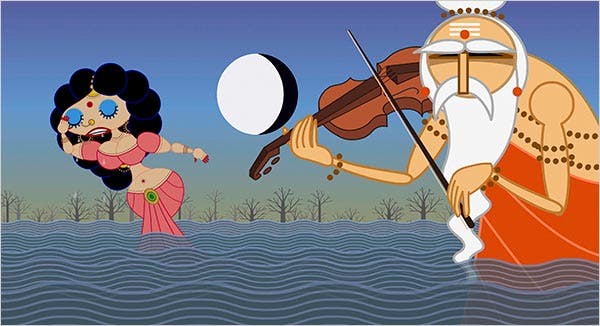 Sita Sings the Blues is a 2008 American animated musical romantic comedy-drama film written, directed, produced and animated by American artist Nina Paley. It intersperses events from the Ramayana, light-hearted but knowledgeable discussion of historical background by a trio of Indian shadow puppets, musical interludes voiced with tracks by Annette Hanshaw and scenes from the artist’s own life. The ancient mythological and modern biographical plot are parallel tales, sharing numerous themes. The movie also courted criticism from the hard line Hindu Nationalist political parties for its portrayal of Lord Rama’s wife Sita. Ramayana: The Epic is a 2010 Indian computer-animated film from Maya Digital Media. Directed by Chetan Desai and produced by Ketan Mehta, it was released by Warner Bros. India on 15 October 2010.
Mehta. Mehta was of the view that the Ramayana holds still appeal in the present age, thousands of years after it is said to have been written and that it would be difficult to translate the grandeur and the setting of this epic in live action, rendering animation the only way to retell it in all its glory.